[Brent is the preaching minister of the Trenton Church of Christ in Trenton, TN.] 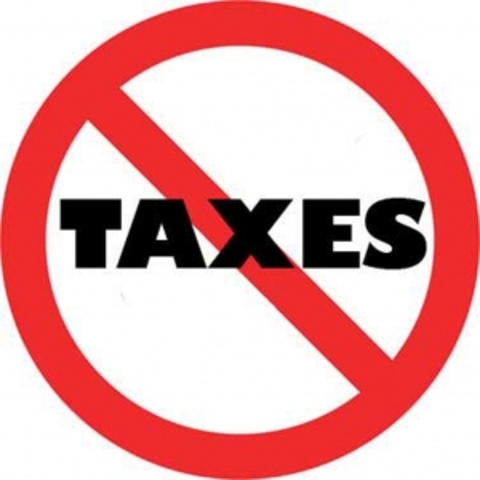 As I prepared to file our tax return, I was reminded of an article I read last year about Michael Bowman. The story is still posted at Lifesitenews (dated April 18, 2018,): “US Christian who refuses to pay taxes until abortion is defunded has first big win in court.” Michael has refused to file a tax return or pay taxes since 1999 because the federal government funds abortions through Planned Parenthood. Although I respect his conscience and courage, and stand with him in opposition to infanticide, I’m going to continue to pay my taxes.

Here’s why. The Pharisees and the Herodians asked Jesus if it were “lawful to pay taxes to Caesar, or not.” He answered, “Render to Caesar the things that are Caesar’s, and to God the things that are God’s” (Mark 12.17). A tax is money in my possession that actually belongs to someone else, the government. I am to give the government that which belongs to it already. Does this mean that I morally support whatever evil that my government may do — unjust wars, welfare for people who refuse to work, hush money paid to sexual assault victims, military aid to foreign tyrants, abortion? No more so than when I buy milk and eggs, and the grocery store owner puts the money on booking a hotel room where he can commit adultery. I’m not responsible for what he does with his money.

It’s helpful to remember that at the time Jesus gave his answer, Rome was sick with immorality and violence. He made it clear that faithful Jews who paid their taxes weren’t in violation of God’s law. Paying taxes in the U.S. doesn’t displease God either. But it’s important to remember that we aren’t powerless. More than 60% of the people in our country oppose federal funding of Planned Parenthood. We have the power of a vote. We also have wallet power to support pro-life groups that respectfully educate the public about life in the womb and compassionately provide help for desperate mothers. Finally, and most importantly, we can pray to God to end the American holocaust and others like it around the world.