On August 21, 2011, a Category 3 hurricane formed in the Atlantic. The storm killed 49 people and caused major property damage ($14.2 billion). And the World Meteorological Organization named the hurricane Irene? Irene is a Greek name meaning “peace.”

This makes me think of the name Christian. The Bible says that “in Antioch the disciples were first called Christians” (Acts 11:26). Many people think that Christian was invented by the people of Antioch to mock the flourishing church there. Unbelievers aren’t above ridiculing God’s people, of course, but Luke doesn’t say that the name was an intended insult. In fact, his word translated “called” suggests a divine communication.

Anyway, a disciple is to wear the name well. Peter says: “Let none of you suffer as a murderer or a thief or an evildoer or as a meddler. Yet if anyone suffers as a Christian, let him not be ashamed, but let him glorify God in that name” (1 Pet. 4:15-16). The name Irene doesn’t wear well on a violent and deadly storm. And the name Christian doesn’t suit a person who brings shame on Jesus by living a life destructive to the peace of others – by taking their lives, stealing their property, or wounding their hearts. 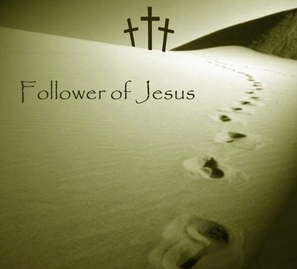 A true Christian is a follower of Jesus. He or she not only wears the name but also lives the life: “Whoever says ‘I know him’ but does not keep his commandments is a liar, and the truth is not in him, but whoever keeps his word, in him truly the love of God is perfected. By this we may know that we are in him: whoever says he abides in him ought to walk in the same way in which he walked” (1 John 2:4-6).